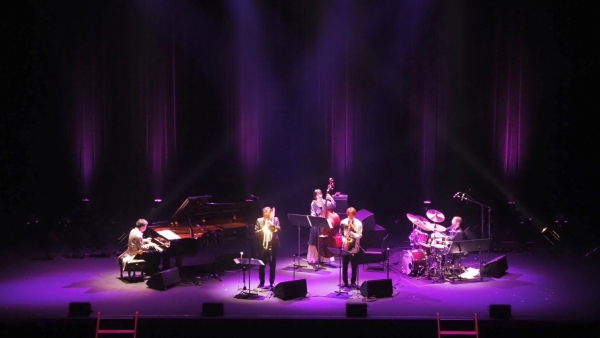 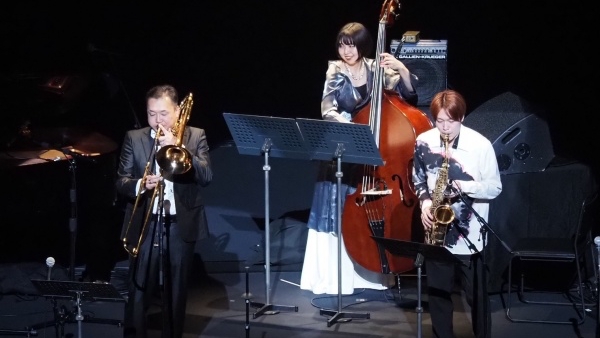 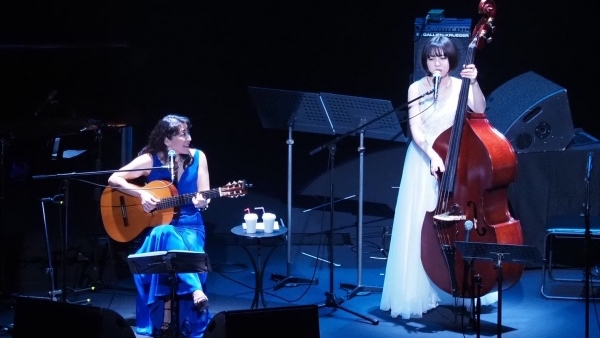 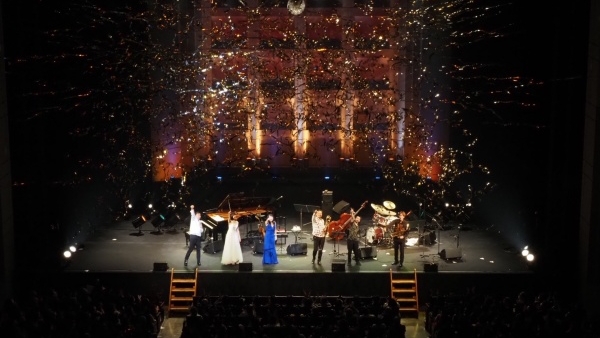 The first half of the concert featured Eijiro Nakagawa's trombone and Toshiya Nakabayashi's saxophone in a combo format playing mainly Ozone’s compositions. Shinnosuke Takahashi's creative and solid drums supported Kurena's bass. She gave such strong walking and singing in a groove "full of speed”, which inspired Inspired the rest of the band.

In the 2nd half of the concert, Lisa Ono was invited to the stage, playing a beautiful Brazilian masterpiece change the atmosphere drastically in the hall, which made us feel like that pleasant "bossa nova breeze" began to blow into Orchard Hall.

In particular, Jobim's masterpiece "Chega de Saudade (No More Blues)" played in the duet format Kurena, the theme song of the movie "New Cinema Paradise" sung in a duet with Makoto had such deep resonance that made those 2000 audience to create such silence as if they had stopped breathing. The Encore was a Bossa Nova version of “Silent Night”. It simply was one of the best Christmas Jazz Concerts.